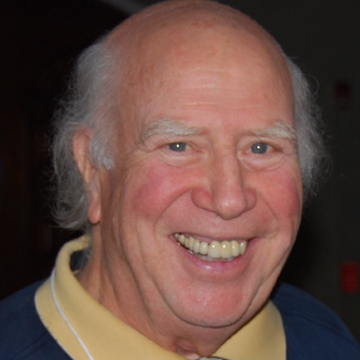 Retiring in 2015, Rosemary Takacs is a retired JEA employee and active member of the Rotary Club of Ponte Vedra Beach who is soon headed to Guatemala to assist with a water project. A twice returned Peace Corps volunteer, Takacs has a significant background in international development.

The Michigan/Indiana region between I-94 and I-80 is where I spent most of my first four decades, including Michigan universities for undergrad and grad school. I majored in accounting and auditing with grad work in production and cost control. Most of my early CPA career was devoted to auditing manufacturers in the region. I was also raising my daughter Jennifer, who would eventually head to Indiana University Bloomington. When she left for college, I left for Peace Corps Paraguay, which would kick off my passion for international development.

What was next for you?

Four months after I arrived in Paraguay, the country’s longtime dictator was overthrown, and the country was somewhat in turmoil. I stayed for another two years, picking up Spanish while organizing farmers’ cooperatives, teaching accounting and even auditing an infamous agricultural collective. When I returned to the U.S., I was hired by the U.S. Mint San Francisco as a production controller, which led me to spend the next 15 years in Northern California. At the millennium, I switched from manufacturing coins to chemicals. But in 2004, the bust reached the pharmaceutical industry. By then, my daughter, her husband (Dr. and Mrs. John Lazzara) and my three young grandsons (Alex, Davis and Will) were settling in Ponte Vedra, so I was lured to the East Coast.

I soon joined JEA’s internal audit staff, where I worked until my retirement in June 2015. While working at JEA, I was asked to translate for some water projects. JEA water department engineers had partnered with Engineers Without Borders (EWB), Rotary and others. A site selection team was formed in 2012 to assess various Honduran projects, and I was invited to go. Suddenly I was back in the international development field and would make five trips to Honduras over the next three years. On a whim, I decided to look at the Peace Corps website for Response (volunteers who have previously served as Peace Corps volunteers). There was an interesting short-term assignment: organizing a goat milk cooperative in Nebaj, Quiche, Guatemala. Six weeks after I retired from JEA, I was serving in Peace Corps Guatemala, where I would live and work until March 2016.

We understand you’re headed back to Guatemala soon. What’s the project all about?

I will be returning to Guatemala to assist with a water project in the community of La Esperanza in Sololá. The Rotary Club of Ponte Vedra Beach, Beaches Rotaract and Rotary District 6970 are primary funding partners, with technical and construction support from the University of North Florida College of Engineering, Wisconsin Water for the World and Agua Para La Salud. Peace Corps Guatemala has offered to assign a volunteer to the community to teach hygiene and water quality monitoring once we complete the system. The volunteer will work with the community water board (Junta del Agua) to assist in establishing water rates and measuring consumption from a meter we are installing at each of the 120 houses and the school. The community of La Esperanza has raised nearly 30 percent of the construction funds, plus donating all of the unskilled labor, locally sourced sand, gravel and framing timber.

Continue Reading and Listening to Rosemary by clicking the Links below