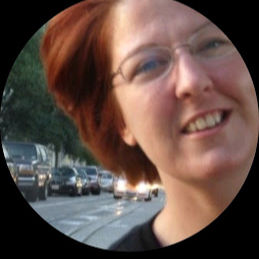 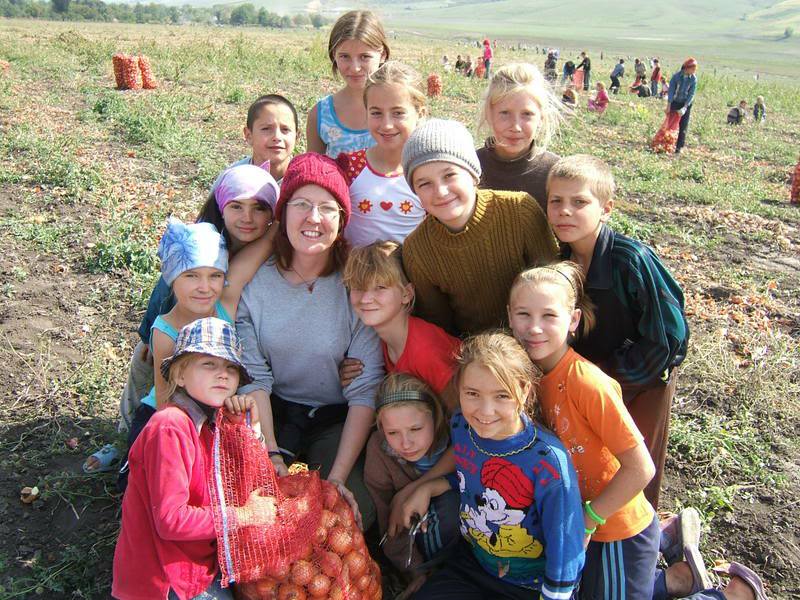 Nina began teaching English in China less than a month after earning her Bachelors in Education from the University of North Florida. After two years of teaching English in China she went to Moldova to serve with the Peace Corps as a TEFL Volunteer in 2006. Nina wrote and fully funded two grants; one for an indoor gym for primary students and another for indoor bathrooms, both at her village school. After service in 2008, Nina relocated to Syracuse, NY where she worked as a college advisor advocating for and helping refugees and inner city youth navigate their pathway to their American dream.

After 6 years, Nina moved to the DC area to manage operations for a J-1 visa sponsoring nonprofit giving high school students from all over the world an opportunity to attend a U.S. school for a year.

Nina then accepted a position as an Operations Manager with K12, an online education company, transplanting her back to the First Coast, but she knew she was still missing something so decided to go back to school for a Master’s degree in Educational Leadership.

Not long after receiving her graduate degree she began, working as the Refugee Youth Program Manager with Lutheran Social Services of NE Florida. After two years at LSS she became the Consolidated Refugee Services Contract Manager to oversee all of the refugee services provided in Duval County in partnership with the Department of Children and Families. Nina has a husband Jacob, whom she whom she met while serving in Moldova. They have a 7 year-old daughter, Hazel. 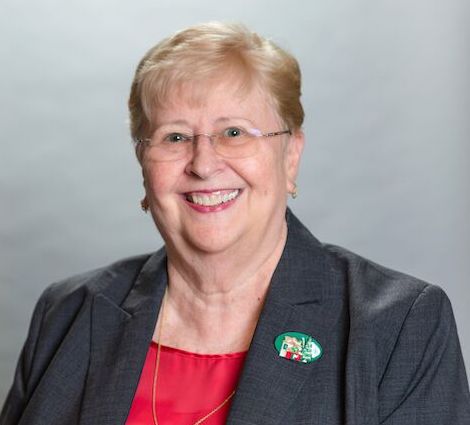 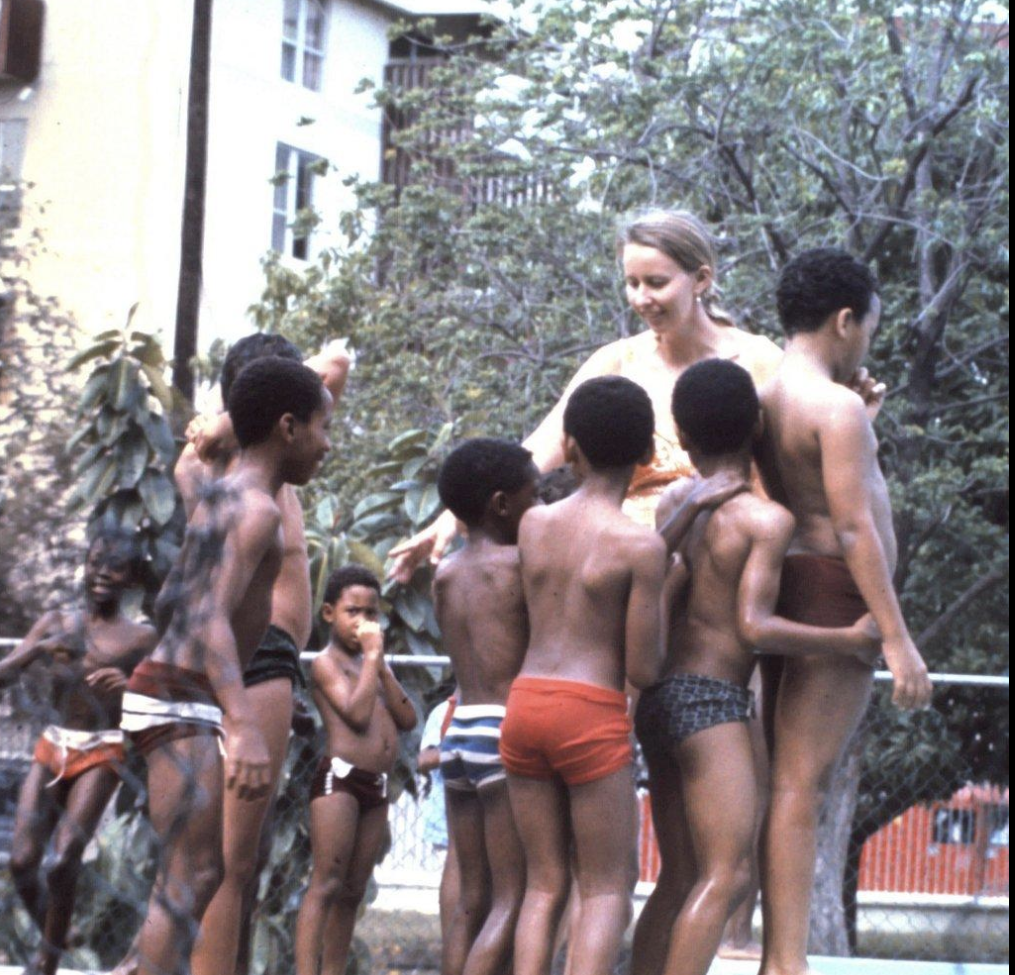 Ellen Siler had dreams of joining the Peace Corps after she finished college.

Then she got married during her sophomore year and instead of heading to some exotic foreign land ended up settling down in a small town near where her husband was born. They had two children, a house, a car and the other trappings of the American dream. They both felt like there had to be more to life.

"Then two things happened in the same week," she said.

When her husband's family suggested they pick out funeral plots, it added to the sense of being trapped in a life that wasn't their dream. And when the Peace Corps announced a new volunteer program for families, it led them to sell everything except for what could be stuffed in five duffel bags.

Within two months, Siler, her husband and their two young girls were boarding a plane, heading for Jamaica.

"I felt so alive and energized," Siler said.

What awaited them was a life that was simple and hard. And Siler says she loved every minute of it. Not everyone else had the same reaction, though. Many families got to their destination and dropped out long before the end of their two-year service, leading the Peace Corps to discontinue the family program.

The Silers stayed. Ellen taught swimming. Although Jamaica is a tropical island, at the time only 4 percent of the population knew how to swim.

When Siler returned home, she continued to serve. She has spent the last 25 years running domestic violence centers and retired as CEO of Hubbard House. And when she is asked if the Peace Corps is still relevant, she talks about the impact of working side-by-side with someone from another country, breaking down stereotypes and building relationships.

To explain the level of respect for the Peace Corps in the 1970s, she recalls what happened when they were returning from a day trip to the other side of the island.

It was a volatile period in Jamaica. With an election approaching, it was common to see tanks patrolling the streets and hear gunfire at night. On this trip they got delayed and ended up traveling at night. They entered a small town and became trapped in the middle of a political rally, with people banging on their Volkswagen Beetle, rocking it from side to side.

They rolled down the windows a crack, held out two fingers and said, "Peace Corps! Peace Corps!"

The chant was picked up by the crowd and spread, the people parting to clear a path. 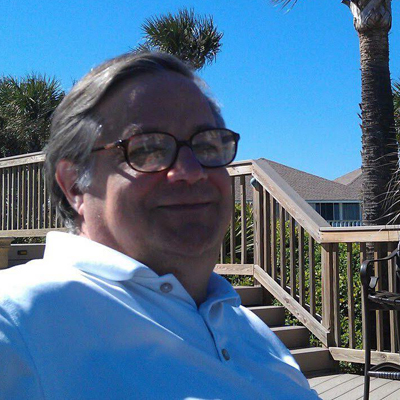 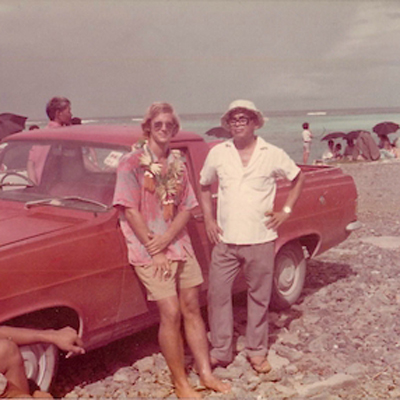 After graduating from Florida State University in 1974 with a degree in accounting, Tom became an education volunteer in Fiji. He taught bookkeeping and math at the Rotuma Junior Secondary School from 1974 - 1976. After completing his service, he returned to Jacksonville to work with his father as a Third Party Administrator at Bliss Consultants and took over the firm after his father retired where he still works today. Tom married Flo Ramsey in 1982 and they have three children. Tom was a founder and former President of the Westside Soccer Club. Tom was also active in the Indian Guide and Indian Princess program at the YMCA snd rose to the position of Federation Chief. Tom was a founding board member of the FCRPCV's and is currently the Treasurer. 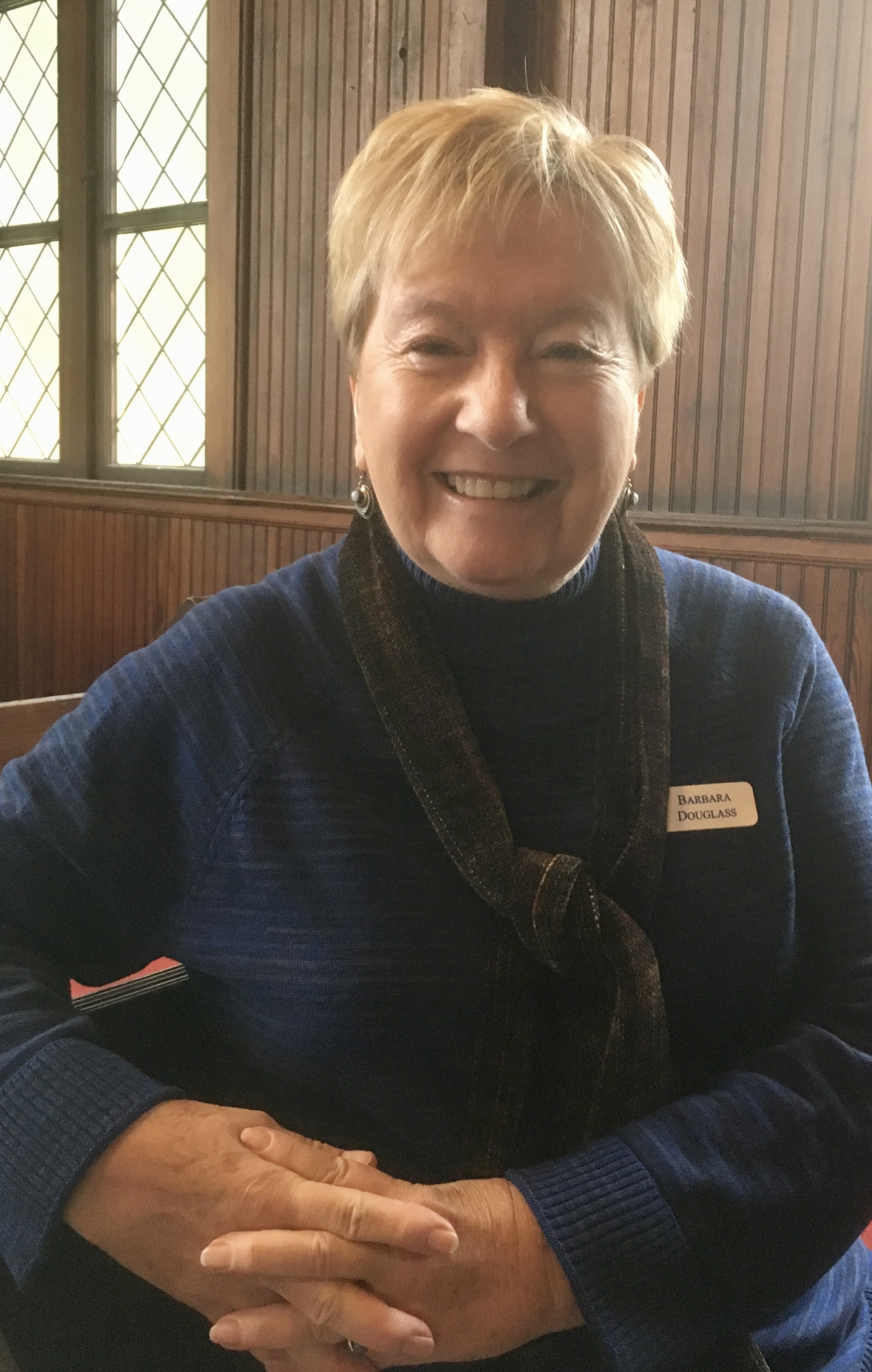 Barbara Douglass is President Emeritus of Northwestern Connecticut Community College having retired in 2014.  She served in Zaire (Congo) where she taught ESL to secondary students.  The Peace Corps training and experience launched her career in adult and community college education.  In San Diego, she directed an ESL and vocational training program for Southeast Asian refugees.  After receiving her Ph.D. from The University of Texas at Austin, she held positions as Academic Dean, Vice-President of Instructional and Student Services and President at community colleges in Florida and Connecticut.  In retirement, she enjoys cooking, travel, collecting folk art, and cultural anthropology.  A native Bostonian, she now resides in St. Augustine, FL. 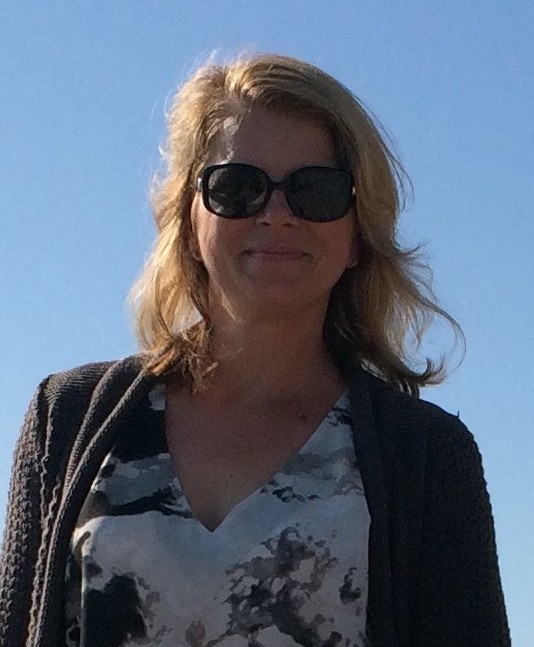 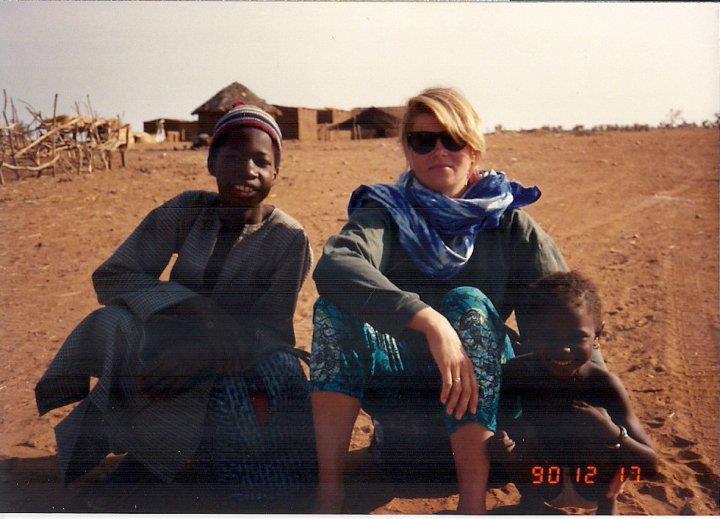 Michelle was born and raised in Lorain, Ohio.  After graduating from Ohio State, she served as a Health Volunteer in the Guidimaxa region of Mauritania (1989-1991) and remains close with her Mauritanian counterpart who now resides in Cincinnati Ohio.

To the disappointment of her parents, she did not return home after her “close of service”, opting to assist with famine relief efforts for CARE in Chad and with Operation Provide Hope in the Siberia.  After a second stint in Chad she attended the School of Public Health and Tropical Medicine at Tulane, earning an MPH, and remained on as an Epidemiologist for the WIC Program in New Orleans.

She followed her heart back to Africa and worked for the Center for Evaluation and Population Statistics (1997-1999) in Nigeria followed by a lengthy stay in South Africa (1999 – 2008) which ended with her role as U.S. Embassy Liaison for Project Phidisa, a Clinical Trial studying HIV/AIDS management and treatment.

Michelle met Ron Branch, a native of Jacksonville, in Pretoria.  After several years of a long-distance relationship they married and now both call Mandarin home.   Michelle is a former Director of the Refugee Resettlement program at Catholic Charities (2008 -2018) and is grateful for the opportunity to continue to advocate on behalf of refugees as the Coordinator of First Coast Returned Peace Corps Volunteer’s signature dinner project. https://first-coast-rpcvs-npca.silkstart.com/cpages/projects 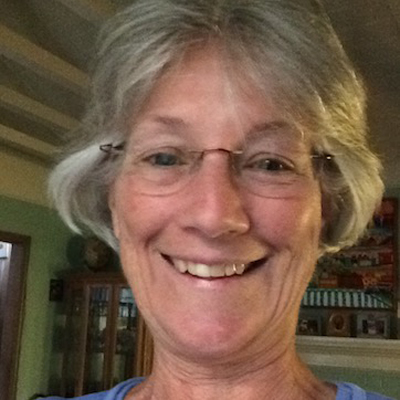 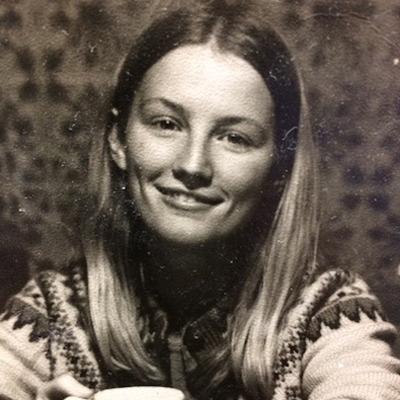 Helen Covington is a founding member of FCRPCV, Inc.  In fact, she was at the very first meeting at Steve Orr's house when only three of us were there.  Helen served in Tunisia in the TEFL program.  Upon returning to the US, she got her MBA in International Management at Thunderbird Graduate School and worked in Corporate Communications in New York.  After returning to Jacksonville, graduating and and working in the culinary field, she now teaches World History in the Duval County Public Schools and runs the Great Decisions discussion group at her school helping prepare the globalist of the future.  She is proud to add that one of her students is currently a Peace Corps volunteer. 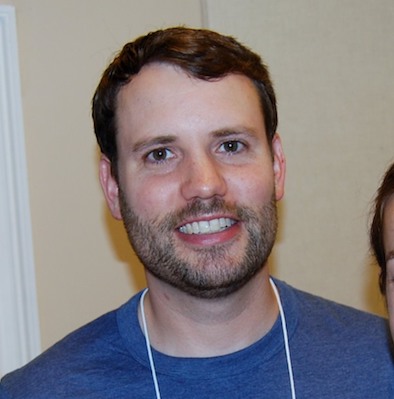 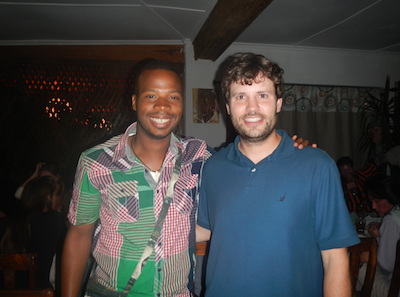 Christopher McMillan is a current Board Member of the FCRPCV,Inc. He served as a Rural Education Volunteer in Zambia from 2012-2014. Upon completion of his service, Christopher worked as a Program Coordinator and Associate Academic Director for an international education non-profit in Washington D.C. In 2015, Christopher moved to Jacksonville and currently teaches students with Autism Spectrum Disorders. He completed his undergraduate and graduate studies at Campbell University in North Carolina 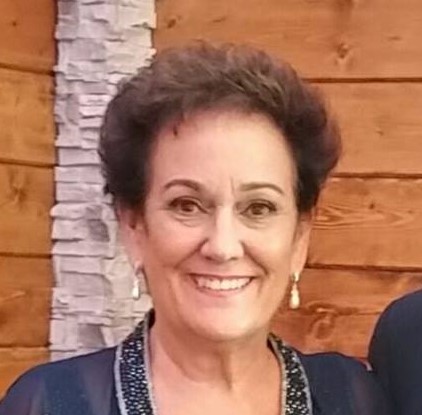 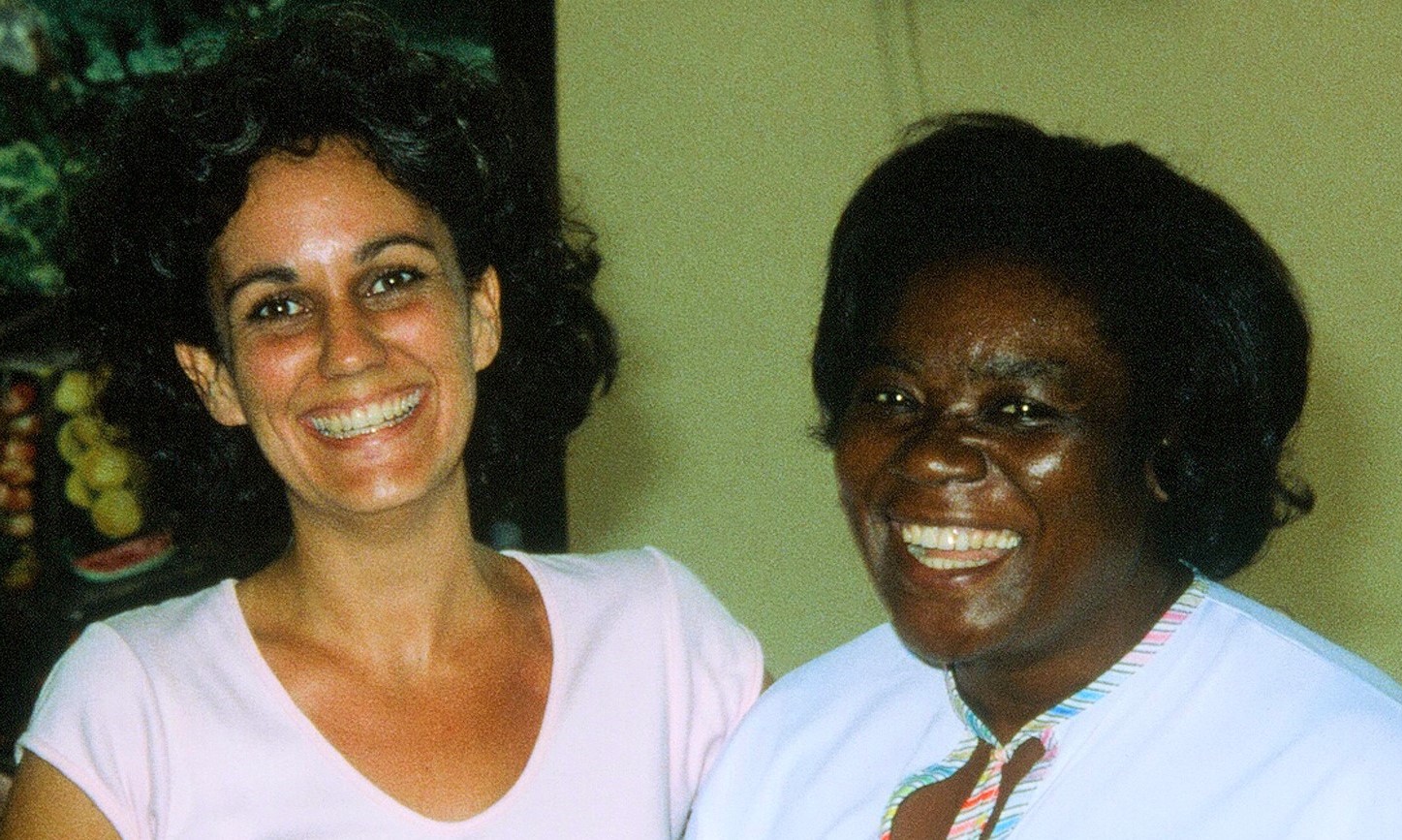 Patricia Maguire’s commitment to Peace Corps spans 40 years. After serving in Jamaica 1977-79, Pat was a PC training consultant (1979-87) through the Regional Training Resource Office in Togo, West Africa and directed pre-service programs in the US.  While Director of the Western New Mexico University Gallup Graduate Center, Pat initiated and managed a Peace Corps Fellows Program (2000-11). As Fellows, RPCVs taught on the Navajo Nation while earning a master’s degree.

Dr. Maguire, Professor Emeritus, got her passion for participatory research and processes from Peace Corps service. As a volunteer Pat spent months developing, distributing, and analyzing an island-wide counselors survey. At the first workshop to take the results back to counselors, one participant stopped Pat cold and said, “Let us tell you – and the Ministry of Education- what the data means.” Chagrined, Pat adjusted the workshops so counselors across Jamaica developed their own 5 Year Plan from the bottom up. The lesson about people’s desire to have a meaningful voice in things that impact their lives has informed Pat’s work as a scholar practitioner. Based on participatory research with battered women on the Navajo Nation, Pat is known internationally for ground breaking feminist action research.

Pat and her husband Cal Marshall (also an RPCV Jamaica 1977-79) live in St Augustine where they do community work on hunger and asylum/refugee issues. Their oldest daughter is an RPCV-Ecuador. 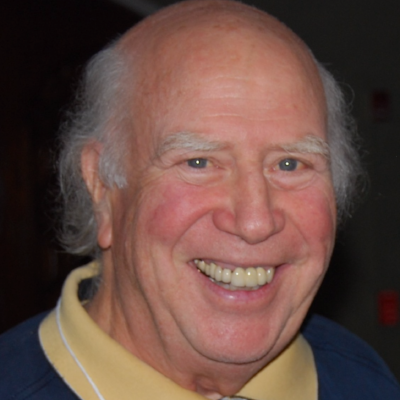 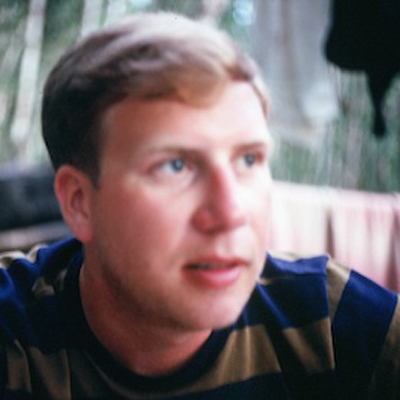 David A. Miron is a founding member of FCRPCV,Inc. A former Volunteer Leader in Colombia, David served as Director of Planning in Peace Corps Washington. After Peace Corps service David did graduate work at Georgetown University, University of Maryland, and Harvard University. David's work career included working for two Fortune 50 companies, and a Management Consulting company. David retired to Ponte Vedra Beach in 2003. As a Board member of FCRPCV, Inc., David helps with all forms of Communications. 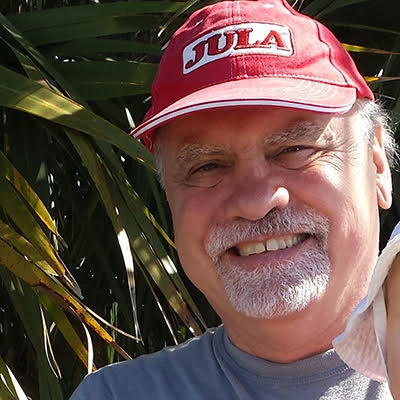 During my Peace Corps service I learned how chemistry principles when applied appropriately could directly improve the quality of life for the least fortunate among us. This led to my 40-year career as environmental chemist working in academia, business, and government. My work has been at the intersection of soil and water quality and conservation agriculture. In writings, teaching, and public outreach I have emphasized that sustainable food and fiber production and environmental quality are co-dependent and that wise stewardship of natural resources is a primary social responsibility. I believe that NPCA board service will be an opportunity for my continued advocacy of these principles and will provide needed support, guidance, and opportunities for growth of on-going Peace Corps programs. 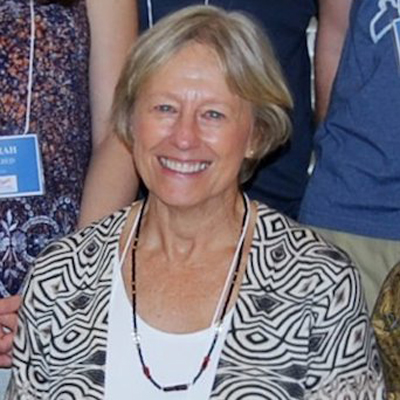 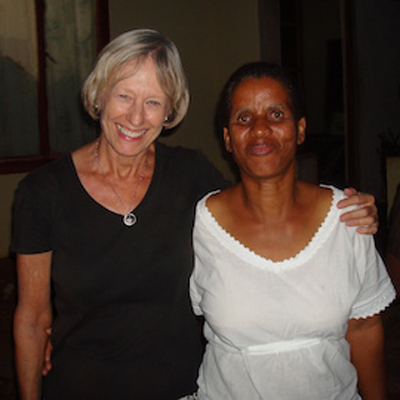 Janice Miller (Jan aka Naledi) attended college at UPENN and grad school at FSU, and worked as a Clinical Psychologist in mental health clinics and for 31 years in her private practice serving children and families.  Her husband died in 2007 and she retired in 2011, following a dream to join the Peace Corps. She served in the Kalahari area of Botswana working in a senior secondary school of 1300 boarding students.   On her return, she continues to work part time as a consulting psychologist and continues various volunteer activities.